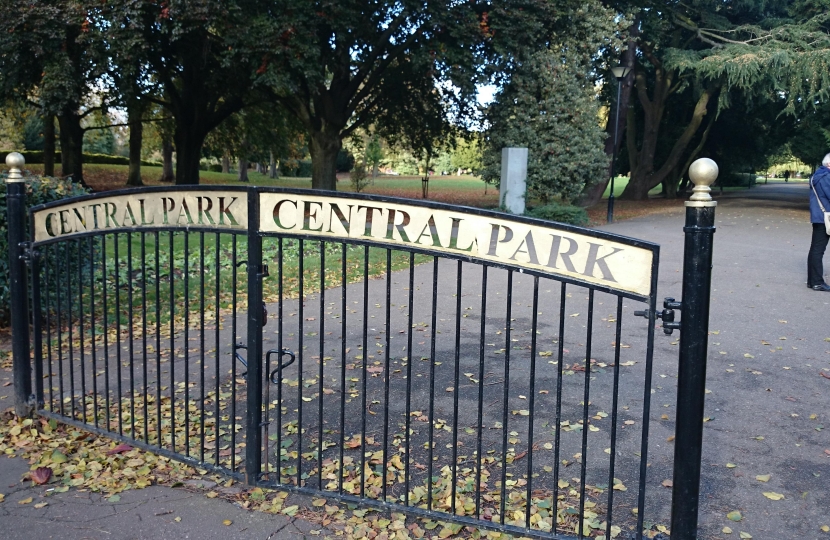 Some weeks ago Action Team Leader John Peach asked the police for extra patrols around Central Park after resident’s had contacted him with details and pictures showing late night gatherings without any social distancing.

John was pleased to report the Police have now put in place a dispersal order to cover Central Park and the surrounding area.

The latest news from the Police is that they have fined the parents of two youths caught ignoring social distancing rules in Central Park at night.

Officers said they have had to disperse a group of youths on Wednesday night this week (November 18). Officers caught two of the group and escorted them home before handing their parents fines.

Police officers said: “We’ve been continuing our patrols of the Central Park area where we’re frustrated to say we came across a group of about 20 youths congregating last night. Upon seeing us they all ran off in different directions, however, we caught up with two young men who were swiftly taken home to their parents who were handed fines for their children breaching the current Covid restrictions. Now more than ever we need to work together as a community, everyone has a part to play in keeping us safe from this deadly virus, so our plea to you all is to be respectful and sensible and adhere to the measures in place.”

Anyone who sees or experiences anti-social behaviour is urged to report this online to the police via www.cambs.police.uk/report or by calling 101.

Our Plan for a Stronger Economy

Read about how our plan is tackling inflation and helping you with the cost of living.